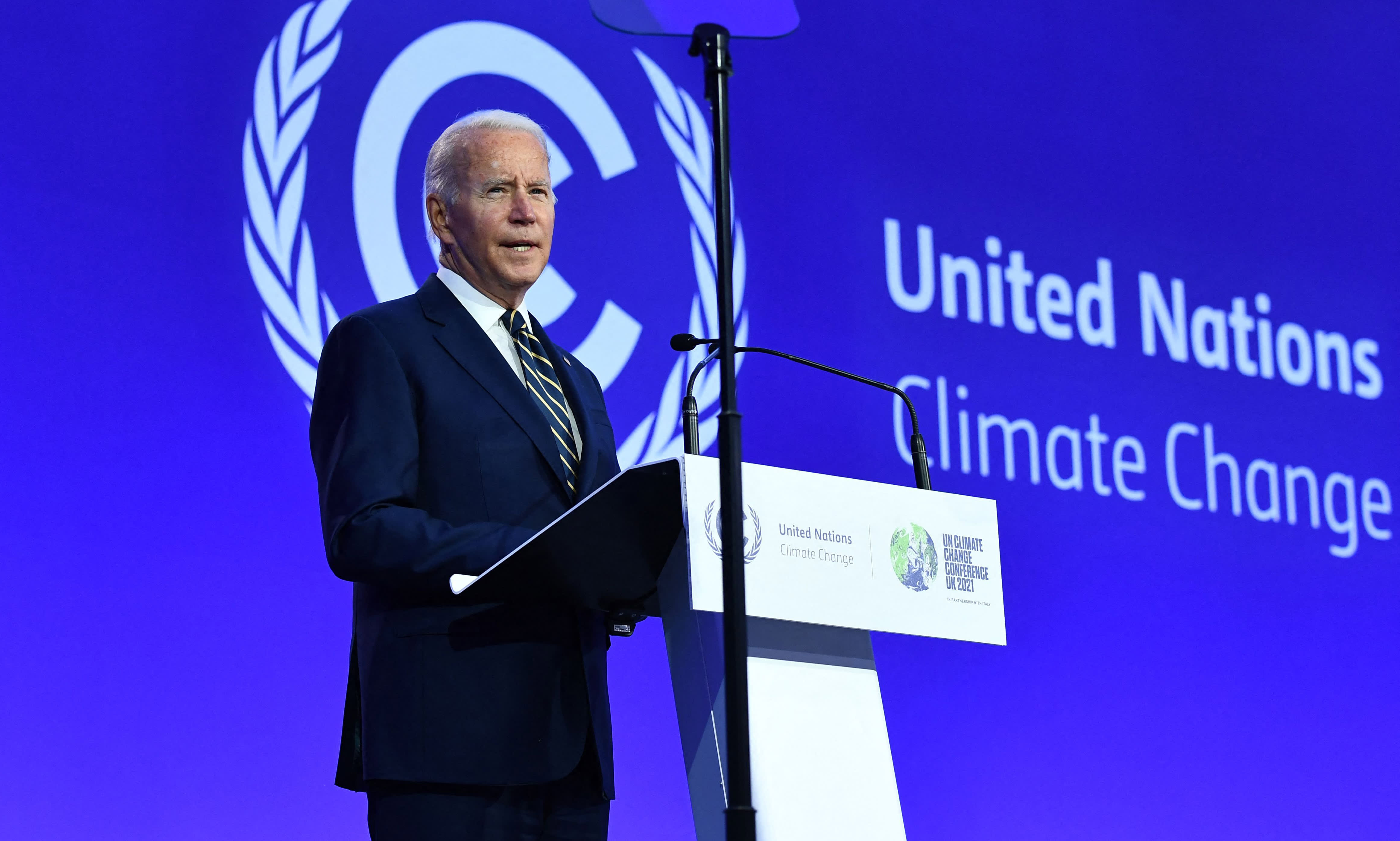 The Environmental Protection Agency on Tuesday will propose rules to plug methane gas leaks at hundreds of thousands of oil and gas wells in the U.S., marking its most aggressive action yet to curb climate-warming greenhouse gas emissions.

The agency’s measures will strengthen regulations on new oil and gas wells and impose new requirements for existing wells that previously escaped methane regulations. President Joe Biden will formally announce the proposals during the second day of the COP26 climate summit in Glasgow, Scotland, according to senior administration officials.

The methane initiatives will aid the president’s commitment to cut domestic emissions in half by 2030 and reach net-zero emissions by mid-century. The proposals will also push forward the U.S. and European Union’s Global Methane Pledge, a pact to cut methane emissions by 30% by the end of the decade.

More than 90 governments have now joined the pledge, including 15 of the world’s top 30 methane emitters — the U.S., EU, Indonesia, Pakistan, Argentina, Mexico, Nigeria, Iraq, Vietnam and Canada, according to the White House.

Methane is a key component of natural gas and accounts for 10% of U.S. greenhouse gas emissions. The oil and gas industry comprises nearly 30% of the country’s methane emissions.

Methane is 84 times more potent than carbon and doesn’t last as long in the atmosphere before it breaks down, making it a critical target for combatting climate change quickly while simultaneously minimizing other greenhouse gas emissions.

The EPA’s methane rules, which come in response to the president’s executive order in January, will cover roughly three-quarters of all U.S. methane emissions, according to estimates from White House officials.

Read more about how businesses and consumers are fighting and adapting to climate change:

What’s at stake at the COP26 climate summit?

‘The G-20 let the world down’: Leaders blasted by activists for lack of progress on climate change

California moves to ban oil wells within 3,200 feet of homes and schools

The Biden administration is launching a whole-of-government initiative to ratchet up methane reduction commitments from the oil and gas sector, officials said, which includes the release of the U.S. Methane Emissions Reduction Action Plan.

A landmark United Nations report earlier this year declared that drastically cutting methane is vital to avoid the worst impacts of climate change.

The world could cut methane emissions up to 45% this decade, according to the U.N.’s Global Methane Assessment, a move that would avoid nearly 0.3 degrees Celsius of warming by 2045 and help limit the rise in global temperatures to 1.5 degrees Celsius, a goal of the Paris climate accord.