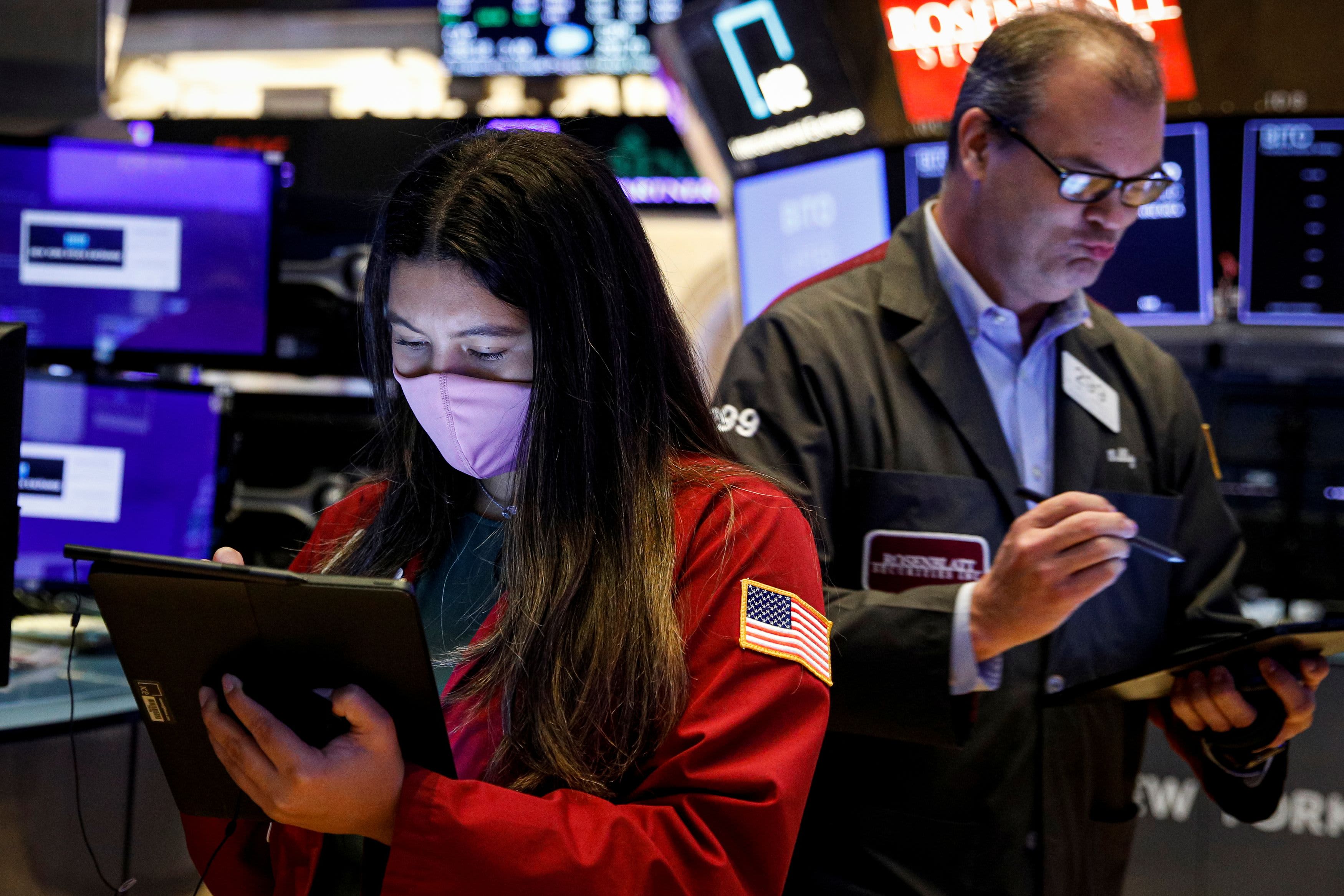 The market, regardless of which index we use – S&P 500, Dow or Nasdaq – keeps climbing and making new highs. With that type of trajectory, we might assume that there are no bargains around. True? No – that’s false.

While it might seem logical to believe that every stock has participated in the relentless march upward, it’s worth noting the action under the covers. As of Nov. 9, over 16%, or 82, of the stocks in the S&P, are at least 15% below the high they achieved in the first ten months of 2021. Fifty-three stocks, or over 10% of the entire index are 20% below their recent highs.

The table below illustrates this phenomenon, compiling all the stocks in the “fallen” category by industry sector in descending order of the average drop for its constituents.

For example, as of Nov. 9, the worst group is communications services (down 32.8%), which includes names such as Discovery (down 66%), ViacomCBS (down 65%) and several gaming stocks, including Penn National and Las Vegas Sands, that rallied hard on reopening enthusiasm only to slide as the Covid delta variant’s virulence emerged.

Sectors down within the S&P 500

The list of all the collapsing stocks includes a very wide range of industries. Tech names take the lead, with 17 companies down at least 15% from recent highs as of Nov. 9. That’s followed by health care and consumer discretionary.

Energy, real estate, and financials were the least affected, reflecting their status as the strongest sectors this year. Within the mix are companies such as Twitter, Intel, Moderna, Alaska Air (and most airlines), Clorox, Activision Blizzard, PayPal, and Kraft Heinz.

It’s not unusual for 16% of S&P stocks to be down 15% from their current year high going into the last two months of the year. Looking at the past seven years, we find that the average “fallen” group holds 130 names. These numbers are skewed by a couple of years, such as 2020, when the market dropped 34% from late February to March, with many stocks never regaining their early-year status.

These moves have hit many stocks hard, once their group surrenders the lead after a sharp rally. Having lost momentum in an evolving leadership environment, does it make sense to review the list for potential buy ideas?

Examining how these depressed stocks act in the next 12 months is a useful exercise. The table below highlights the performance of those stocks down at least 15% in that year, and the price change for the following 12 months. Excluding 2019, the fallen stocks outperformed the S&P over the next year.

The right strategy might be to review stocks you have owned that are down considerably this year, confirm their earnings growth is intact, and make some selective purchases. The numbers are on your side.

As some retirees worry about surprises this tax season, these resources may help
States have $70 billion in unclaimed assets. How to check if any is yours
After a tough year for crypto, here’s how to handle losses on your tax return
Top Wall Street analysts like these stocks for maximum returns
Jim Chanos: Bear market is doing something unheard of in my career