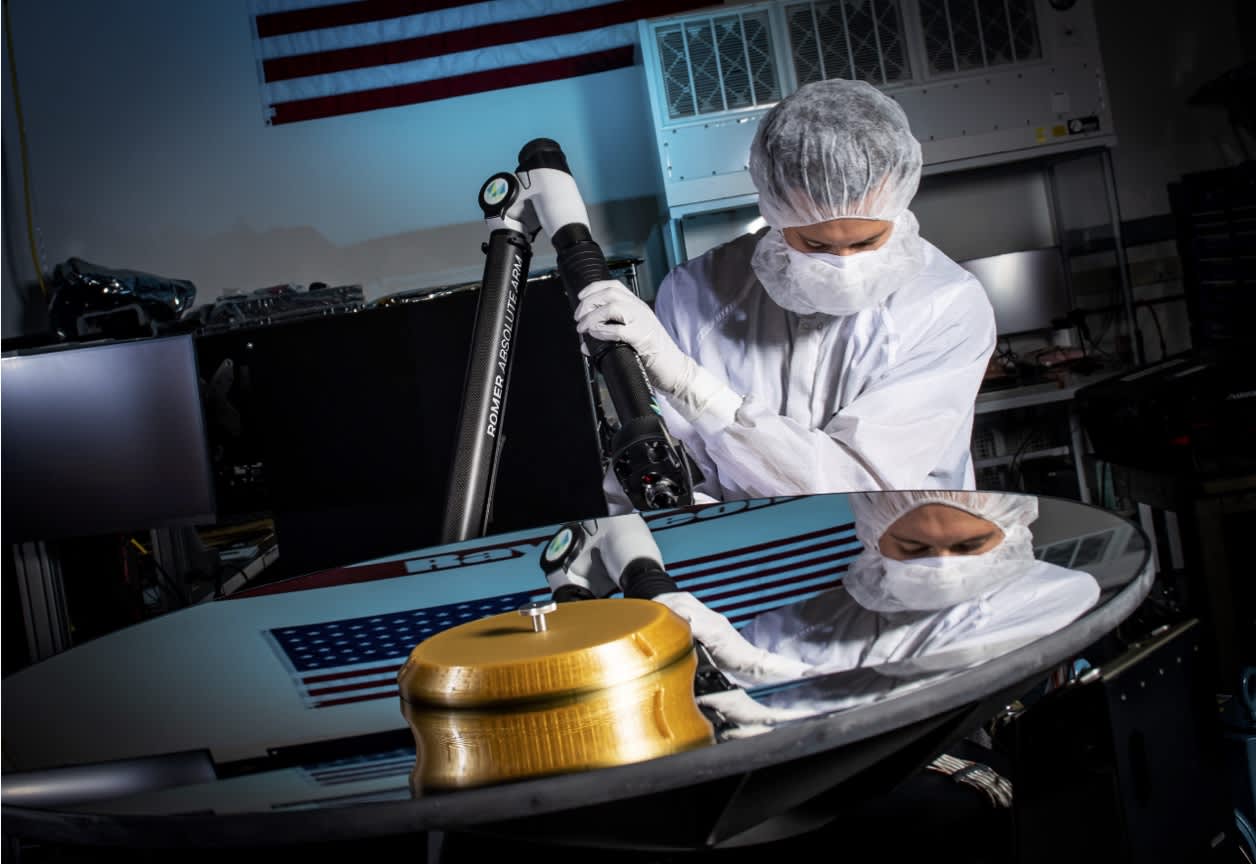 A close look at the primary mirror of a Worldview Legion satellite during assembly and inspection.
Maxar

The company reported an adjusted EBITDA profit of $113 million for the third quarter, above the $109.9 million expected by analysts surveyed by FactSet, while Maxar’s revenue came in below predictions – at $437 million, versus $447.7 million expected.

But the focus of Wall Street is Maxar’s headway on its WorldView Legion satellites.

A WorldView Legion satellite in the final stages of assembly.
Maxar

Legion is the company’s constellation of six imagery satellites and is crucial to the company continuing to win lucrative contracts from U.S. defense and intelligence agencies. Maxar in August announced a delay to the launch of the first two Legion satellites, with the company targeting between March and June of 2022 – a timeline the company reiterated in its latest report.

Baird upgraded its rating on Maxar to outperform from neutral, with a $39 price target that represents a 44% climb from the stock’s most recent close.

“The outlook has been considerably de-risked given visibility to Legion’s first launch, and current prices provide a safer entry point,” Baird analyst Peter Arment wrote in a note to clients.

Shares of Maxar climbed nearly 18% in trading from their previous close of $27.05.

Baird said its previous neutral rating “was largely out of caution around potential” further Legion delays, but “line of sight to first launches is now much clearer.”

JPMorgan analyst Seth Seifman, who has an overweight rating and $47 price target, similarly emphasized that Legion’s launch is “the most important event” for Maxar.

“We see a clear path to operational improvement, with strong cash flow generation in 2023, driven largely by the launch of Maxar’s WorldView Legion,” Seifman wrote to clients.

What happens if the Supreme Court strikes down student loan forgiveness? Here are 3 predictions
Stocks making the biggest moves after hours: Intel, Visa, Hasbro and more
Are digital wallets safe? Here’s what to know as the battle between big banks and Apple Pay heats up
Suze Orman: Americans are short on emergency savings amid ‘dangerous scenario’ for economy
IBM tops revenue estimates, says it will cut 3,900 jobs