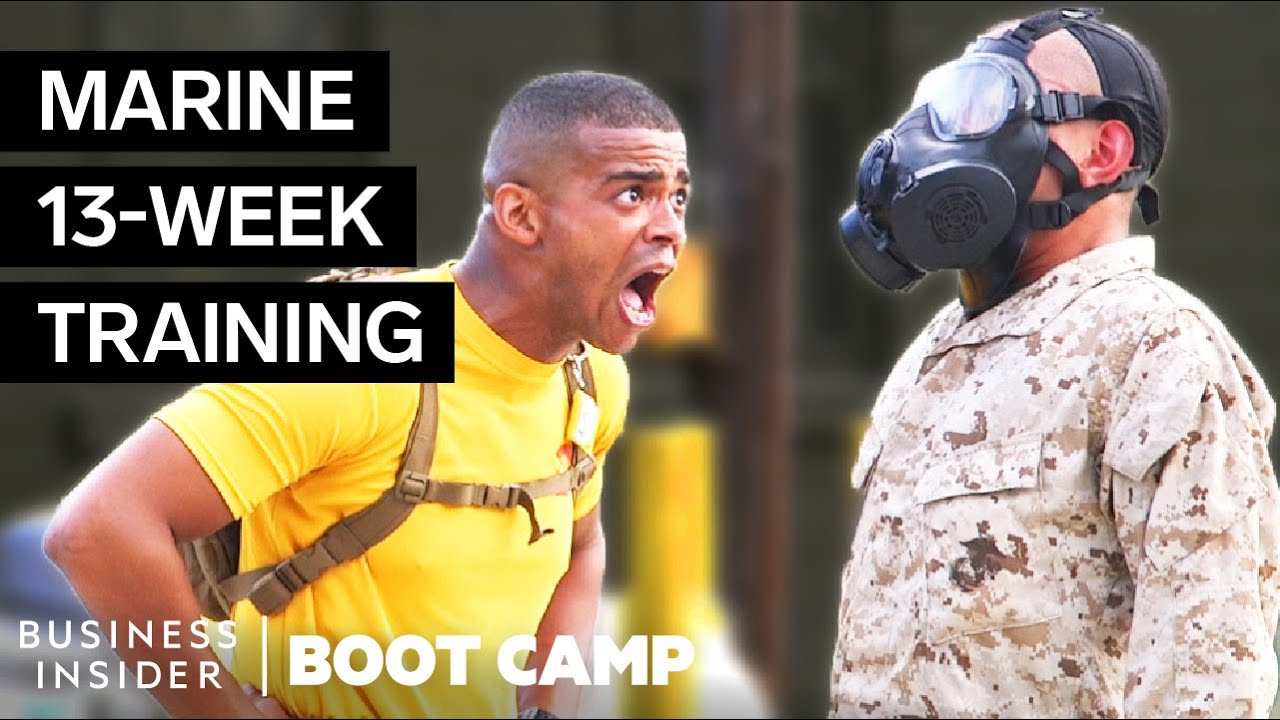 Recruits endure a series of intense physical challenges such as entering a gas chamber, rappelling down a 47-foot-tower, and fighting each other with “pugil sticks.” The Marine Corps is the only US military branch that separates male and female recruits during basic training. In a statement to Business Insider, a spokesperson from the Marine Corps Recruit Training Depot at Parris Island said, “The same gender platoon model allows for appropriate acclimation to the training environment, development of key relationships with drill instructors, and optimal focus during the beginning of their transformation.”

After weeks of extreme physical and psychological challenges, training culminates with “The Crucible,” a 54-hour event where recruits endure exhausting combat scenarios while running on minimal food and sleep.

MORE BOOT CAMP:
What New Navy Plebes Go Through On Their First Day At Annapolis

What It Takes To Survive Coast Guard Boot Camp

How Border Patrol Agents Are Trained

Business Insider tells you all you need to know about business, finance, tech, retail, and more.

What New Marine Corps Recruits Go Through In Boot Camp

Not a fan of cruising? The hack that could change your mind
States have $70 billion in unclaimed assets. How to check if any is yours
5 things to know before the stock market opens Monday, January 30
Jim Chanos: Bear market is doing something unheard of in my career
Apple sales drop 5% in largest quarterly revenue decline since 2016